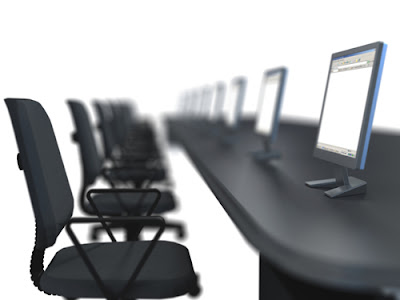 What exactly is offshore staffing? It is outsourcing a particular position within a company to a qualified worker in another country. This is done through an outsourcing provider, who is usually based in that country. The client company will give the criteria to the outsourcing company, which will find qualified employees that fit the criteria.
There are many benefits in hiring offshore staff. If an American company, for instance, wants human resource staff, the company can get involved in offshore staffing and outsource to the Philippines. An outsourcing firm in the Philippines will find people who would fit the bill, hire them, and have them working immediately. This provides a lot of advantages for client companies.
Offshore staff often costs less than finding people and training them in-house. The whole process would also be faster, as there are readily available employees in offshore staffing companies. This not only cuts cost, but also reduces recruitment time. This works out well for businesses that need staff urgently but don’t have the funds to rush things.
In the Philippines, outsourcing has become a huge industry. The availability of manpower at a relatively lower cost has made it very easy for foreign companies to hire staff for their business processes. Big multinational firms have invested heavily throughout the years, as they have put their trust in the local labor force. That’s why foreign investors consistently funnel in more money to invest in the country.
Offshore staffing is here to stay, and the future of this practice seems promising. Aside from the Philippines, countries such as China and India are already prime destinations for foreign companies looking for staff to fill vacant positions in their organizations. However, what those countries lack is the ability to communicate well with potential Western investors. That’s something that the local work force in the Philippines does very well. With offshore staffing, a company can save on money and recruitment time, allowing it to focus on the core aspects of its business.
Posted by Outsource Expert at 2:54 PM No comments:

Search engine optimization is the process of improving a website’s ranking when it comes up as a result in a search engine such as Google. SEO has become a big business, and a number of companies have begun to outsource SEO.

When website owners started to recognize the value of having their sites rank among the first in search engine result, they immediately began to learn SEO. The use of important keywords is crucial. A website’s ranking is determined by the density of its keywords and the relevance of its content. Website owners started to hire people who specialized in SEO to stay ahead of the competition. 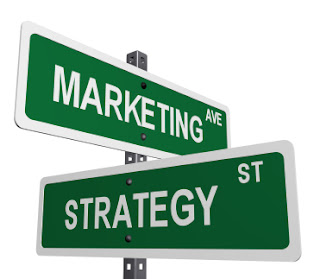 These business owners then realized that it would be more efficient and less expensive to outsource this process to a specialist rather than hire and train one in-house. That need to cut costs caused them to look for specialists in other countries to outsource SEO.

One of the main advantages in outsourcing SEO is the relatively lower cost of hiring a company from an outsourcing country. Rather than hire someone in the same country, companies look for SEO companies in other countries. This strategy is less expensive, and governments in some countries offer special incentives designed for companies in these industries. A good example would be a government giving tax credits to companies that establish a BPO in an economic zone.

Another advantage when you outsource SEO is the pool of talent readily available in other countries. There is a great number of educated professionals in other countries that are highly qualified to perform SEO. These employees are usually found in countries such as the Philippines, India, and China. These employees are college-educated, which means that they can handle SEO and learn new techniques very quickly.

Many nations have become targets of companies looking to outsource, but among them, the Philippines stands out. Many Western companies outsource SEO to the country. There are advantages that the local labor force has that other countries, like India and China, do not have. The Philippines has a high literacy rate, which stands at 92.3%. Westerners also feel at ease in the country due to the local workforce’s familiarity with Western culture.

SEO outsourcing has become an industry in itself. From a need to get a business advantage over fellow web competitors, it has evolved into a thriving industry that employs thousands of people around the world.
Posted by Outsource Expert at 4:10 PM 1 comment:

Any business in the 21st century should be (or is probably) in the process of putting up a website. Businesses without a marketing system will find that it is not very easy to close sales and prospect leads without proactive lead generation capabilities. Doing business online will mean that a company will have to compete with a lot of different websites that sell the same product or service. There are a lot of techniques that businesses can use to increase the number of page hits they get from search engines. Using white label SEO companies, online marketing is trending towards online maturity.SEO outsourcing and SEO reselling is changing the way businesses use SEO. More companies are now using these techniques to drive traffic into their websites because SEO provides natural or “organic” traffic. SEO does not rely on paid marketing. A white label SEO company can optimize any website on any search engine---Google, Yahoo or Bing---by making sure that there is keyword optimized content on the websites that they provide, as well as relevant links that flow in and out of the website. This is a market that is steadily growing the in the Outsourcing Philippines BPO market because it provides a white label SEO company enough independence and freedom to choose how the reseller will package and rebrand the product to sell it to customers.

White label SEO companies are usually powered by a bigger SEO service provider. These companies help businesses because they take the hassle of having to deal with technical SEO functions. When a client chooses to do SEO outsourcing and hires a white label SEO company, all it needs to do is to specify what services are needed and what results are fair enough to expect. The white label company usually does all the negotiations with the main service providers and will present the client with a package that it feels will work best. Industry leading white label SEO companies provide high quality links and web visibility and will create effective results.
Posted by Outsource Expert at 2:00 PM 1 comment:

Making the Most of White Label SEO

Search engine optimization (or SEO) is the process of making a webpage rank higher in Google or any other search engine. White label SEO and Reseller SEO firms are usually hired by owners of different websites to improve their page rank. There are many commonly used white label SEO techniques but for the most part, any kind of SEO outsourcing will follow off-page standard web procedures such as quality link building or forum posting. Search engine optimization is also practiced by successful SEOs as an on-page, white label SEO practice.


There are a lot of practices that aren’t used by SEO reseller agencies. Using the exact key phrase as the website URL is one effective strategy in SEO. If you are trying to optimize Gala Apples, then one of the best ways to increase your page rank and hits would be to purchase a URL like www.galaapples.com . Of course, a challenge for white label SEO is that the name may have already been taken by another company. In this case, the best thing to do is to look for new website extensions (.net, .org, or any geographical extension like .ph or .au) or purchase a domain with the the keyword inclusive of the longer domain.

Another standard white label SEO tip is to use relational links. SERPS give better page rank for hyperlinks if they originate from high ranking web pages. When you link back to your website, you must have links to these high-rank sites right beside that link. They must be related in content and theme because this allows the inbound hyperlink to have more weight with the search engines.

SEO outsourcing firms should also practice putting a website’s inbound hyperlinks at a clear and consise location for the linked URL so the search engines can read them easily.. Search engines generally rank a page higher if the hyperlinks are placed on the top of the page then at the bottom, because this suggests that these links have more weight. Links at the bottom of the page, where the links to the article and other resource links (and comments, if any) are located are not given as much credit. To maximize white label SEO, put the inbound links at the top of the page to optimize its potential.
Posted by Outsource Expert at 2:40 PM 3 comments:

Outsource My Articles? Why Not!

Outsourcing writing is not a new concept. If you are a blogger and your blog is steadily gaining popularity, companies probably will be requesting you to do product reviews for them. When you start writing for them, all of a sudden you are faced with tons of paid article assignments from clients. When did your blog stop being a hobby and start becoming stressful? 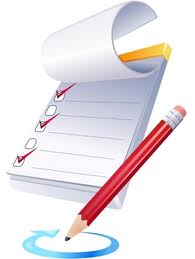 You know what a lot of professional bloggers don’t say about their entries? Many of them don’t actually write each and every entry in their blog. They hire a writing outsource company to do it for them and write the “personal” entries themselves (yes, that’s why they never have backlogged pictures of that vacation they had in Aspen last year).
Professional bloggers outsourcing writing? In the real world, yes, it happens. Sure, they edit the articles and put in little quirky comments to give the posts their own unique voice or writing style. They might even add a little bit of personal information to make the blog post sound familiar, but the words are not their own. It’s like buying a house instead of building it from the ground up---it’s just easier that way.
Outsourcing writing is a good idea for bloggers who want to accept more paid article assignments. If you really want to make money off your blog, then hiring someone to write for you is one of the most important things you have to consider. In the Philippines, content writing makes up a big percentage of the outsourcing industry, making it a good place to start looking.
There are two reasons why a blogger should consider outsourcing writing. First, to make money, you need to be able to write well. No, you don’t need to be Charles Dickens to write a blog. These articles are very casual and are designed to connect to a wide variety of readers. If you want to earn a lot, your articles need to be appealing. It does not have to come from your heart, so let someone else write it for you while you go out to grab a latte.
Second, you probably started your blog as a hobby either because you have another full-time job or you simply don’t want to spend too much time on it. But with people hiring you to write for them, you will have to delegate them to someone else unless you’re willing to spend 8 hours a day just to keep up.
If you’re convinced about finding a writing outsource company pronto, a word of advice: pick your writer well. Know his capabilities and look at writing samples. Get a writer who writes the same way you do. Keep in mind that you get what you pay for, so if you pay rock-bottom prices for a writer, you can bet that you’re going to get the same quality.
Posted by Outsource Expert at 2:35 PM No comments: